You are here: Home » News » News » The role and harm of glow powder

The role and harm of glow powder

Mercury vapor up to 0.04 to 3 mg, will cause chronic poisoning in 2 to 3 months; up to 1.2 to 8.5 mg amount, will induce acute mercury poisoning, such as if its amount reaches 20 mg, will directly lead to animal death. Once mercury enters the human body, it can quickly diffuse and accumulate into the kidneys, chest and other tissues and organs. Chronic mercury poisoning can lead to mental disorders, plant nerve disorders, acute symptoms often headache, weakness, fever, redness and soreness of the gums in the mouth and digestive tract, erosion and bleeding, loose teeth, etc. Therefore, you should never discard pieces of fluorescent tubes anywhere.

In case you inhale phosphor, it is the same as inhaling dust. A small amount will be stuck to the mucous membrane of the respiratory organs and then spit out with the sputum. A small amount may enter the lungs and be slowly spit out with the sputum. Frequent inhalation will give birth to "silicosis". A small amount of phosphor stick to the skin, also like dust, just wash off with water. Frequent contact with phosphor, or phosphor slurry, the skin will become rough. The phosphor has a certain amount of radiation to the body, it is best not to contact more, occasional contact is not a big problem. 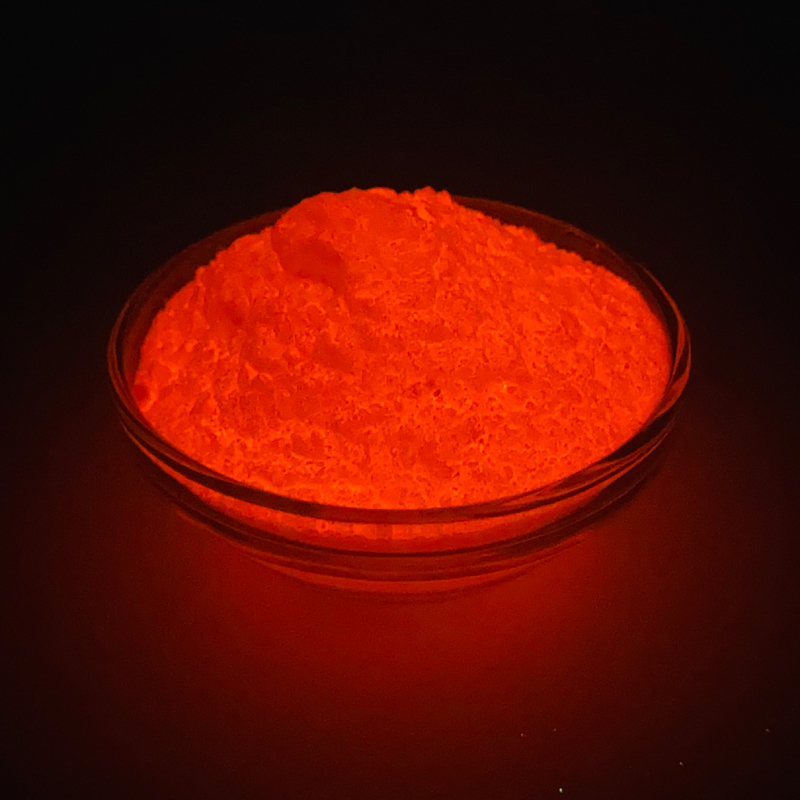 The use of glow pigment to produce color LEDs have the following advantages.

Secondly, the LED light-emitting wavelength is also very difficult to accurately control, thus causing some wavelength of the LED can not be applied and waste, such as the need to prepare 470nm LED, may be prepared from 455nm to 480nm wide range of LED, light-emitting wavelength at both ends of the LED can only be disposed of at a lower price or abandoned, and the use of phosphor can be these so-called The "scrap" into the color we need and get used.

Third, after the use of phosphors, some LED light color will become more soft or bright, to adapt to different applications. Of course, the most widely used phosphor in LEDs is still in the field of white light, but because of its special advantages, in color LEDs can also be used, but the phosphor in color LEDs on the application is just beginning, need further in-depth research and development.