Do you know what is the difference between glow pigments and ordinary pigments? Light-emitting pigments can write, draw and produce clothes that are not possible with ordinary pigments, because they have a different concept of optical properties.

The reason why glow pigment will be glow is because glow pigment is able to convert the absorbed energy in thermal emission into photons with emission energy, so it will have the phenomenon of glow, the general pigment color, does not contain glow elements. When mixing blue and yellow of general pigments equally, green is obtained (red and blue are subtracted). And when the blue and yellow glow pigments are mixed properly, you will get white or highly saturated color light. 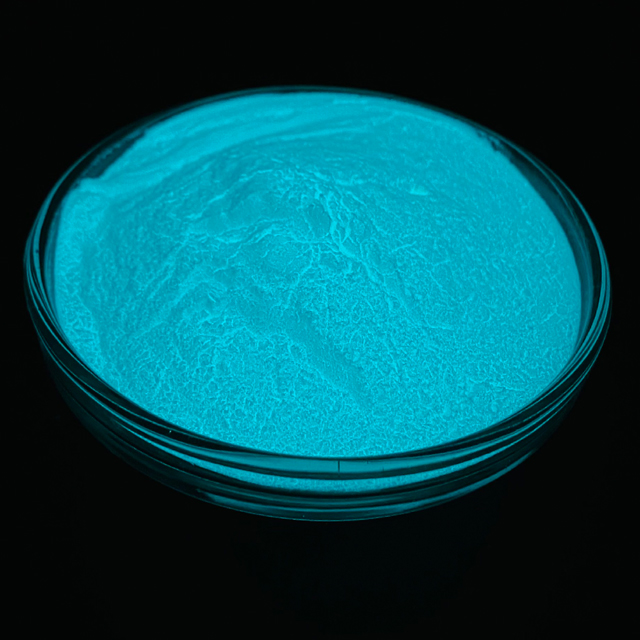 There are some substances that emit visible light with a brilliant sense of color when irradiated with ultraviolet light. This will not be visible light absorption, and the emission of visible long wavelength light phenomenon, called cold luminescence phenomenon. When (UV) light stops irradiating, the substance that stops emitting light is called fluorescent (body) material, and the one that continues to emit light is called phosphorescent (body) material.

What is the difference between dyes and pigments?

The average particle size is an important indicator of the size of fluorescent pigments in um. The finer the particle size, the easier it is to disperse and fuse the product with the downstream products.

Pigments cannot be colored, while dyes can be colored. The difference between pigments and dyes Pigments are fine powdery colored substances, which are generally insoluble in water, oil and solvents, but can be evenly dispersed in them. Pigment is a secondary film-forming substance for paint, and is often used in the wood decorating process for primers, putties and wood staining. Dyes are divided into the following categories according to their application properties.