You are here: Home » News » News » The main performance index of glow pigment

When an object is coated with a certain paint, the ability of the pigment in the paint to cover the base color on the surface of the object to be coated, so that the base color can no longer be revealed through the paint. 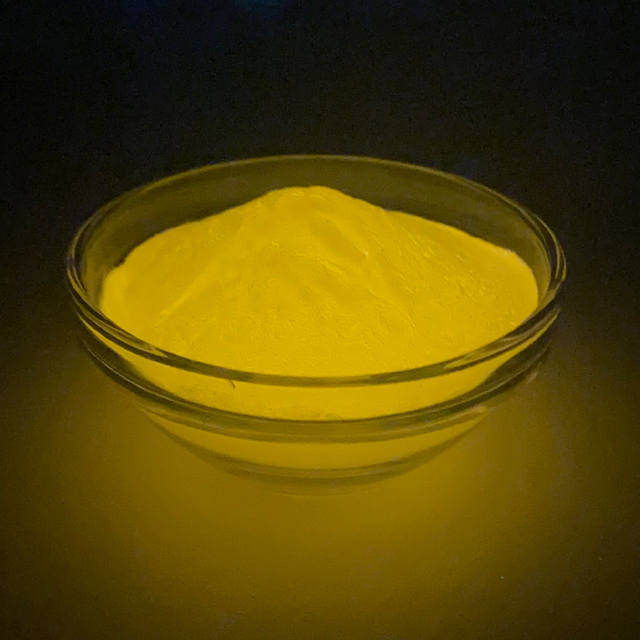 It is worth noting that: 1. When considering the heat resistance of pigment, it is also necessary to consider its heat time.

2. What needs to be considered is the thermal stability of the colored resin itself.

It refers to the color change of the pigment under the light irradiation, and the light resistance is rated as the best in grade 8 and the worst in grade 1.

It refers to the change of pigment's color to various forms of weathering conditions, including visible light and ultraviolet light, moisture and temperature, and the color of products. When organic pigments are exposed to light, it will cause the molecular configuration of the pigment to change and the saturation will decrease, and even fade to gray or white. The weather resistance of pigment is rated as 5, and 5 is the best.

It refers to the migration of the pigment from the plastic to the surface of the product or to the adjacent plastic products and solvents. Grade 5 means no migration, and grade 1 means serious migration.

Specific performance is as follows.

①Frosting: During storage at room temperature, the pigment particles migrate from the plastic/pigment system to the surface.

②Solvent bleeding: the pigment component enters into the adjacent solvent, dyes and some organic pigments show this kind of phenomenon.

It is the amount of refined linseed oil absorbed by a pigment sample under specified conditions, and can be expressed as volume/mass or mass/mass. The size of oil absorption has a certain influence on the leveling and gloss of the paint. The finer the particle size, the easier the product can be dispersed and melted in the downstream products.